The Art Of Folding Learn MoreContact 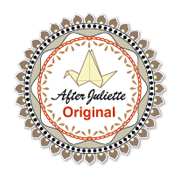 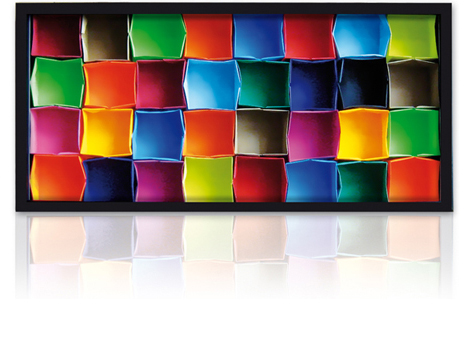 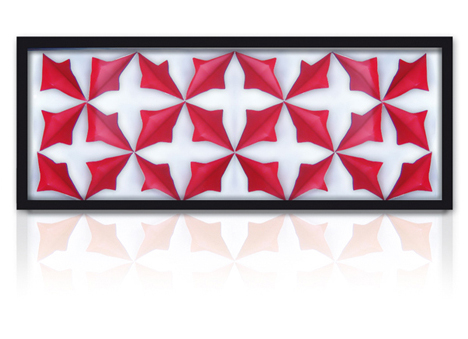 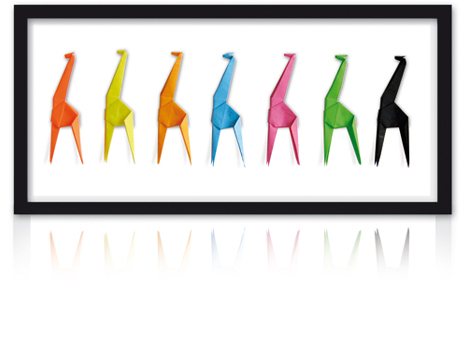 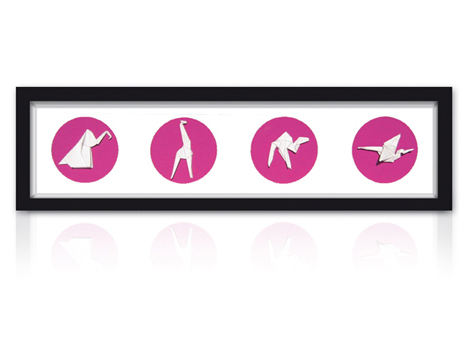 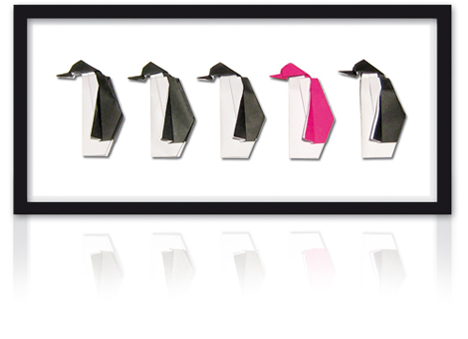 In parallel to Graphic Design, After Juliette develop an activity dedicated to origami. On this page you can see our Origami frames standard production. All our frames are handmade. We also produce custom Origami frames and you may see some of them here:
More Origami 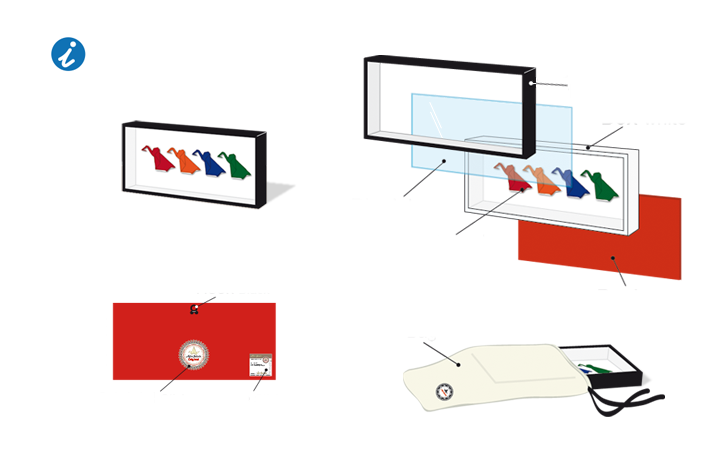 Origami is a Japanese word that comprises a verb : Oru, which means to fold and a noun: Kami, which means paper. Kami also refers to Shinto, the first religion of Japan in which origami has its sources.

It is thought that origami appeared before the arrival of paper in Japan, estimated to be around year 600. It’s original function was in the religious order. To fold meant to have a dialogue with the gods.

The most famous origami, where a religious content was lost, is Yorishiro’s fan, but there is also the envelope, gift wrapping, and the kimono.

Although today’s origami is not necessarily connected to religion and despite it’s increasingly playful nature it maintains certain symbolic themes like the crane which represents universal peace. Long garlands of cranes (made out of a single, sheet of paper!) can be found on the Hiroshima commemorative monument. One can find them anywhere in memory of lost ones, like the New York ground zero area.

Try to fold an Origami

Take a square paper to start, than follow the instruction. Good luck … 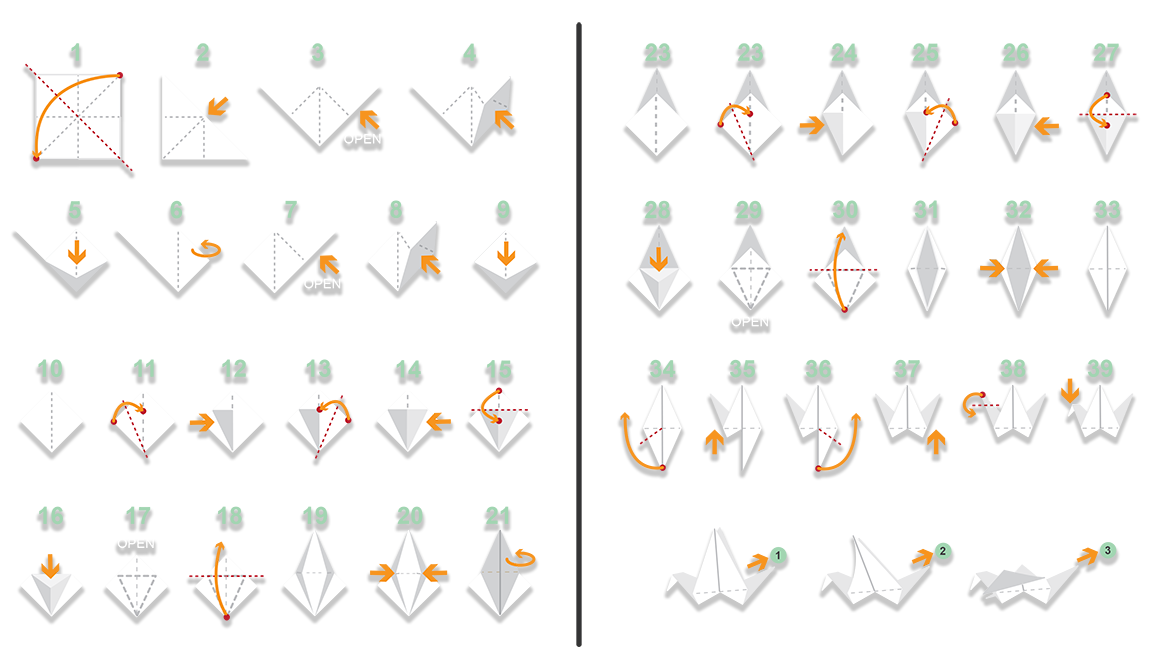 Over 20 Years of Creation 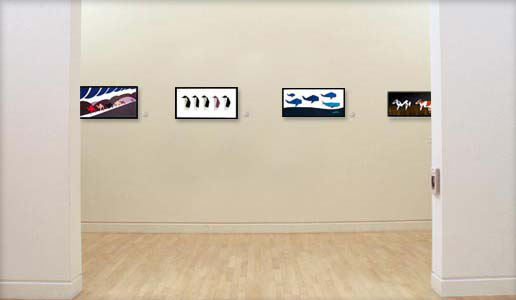 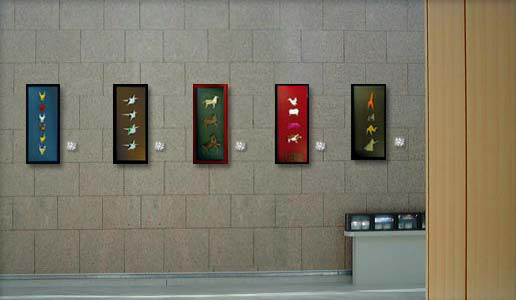 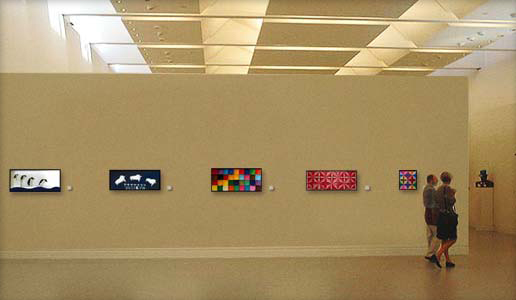 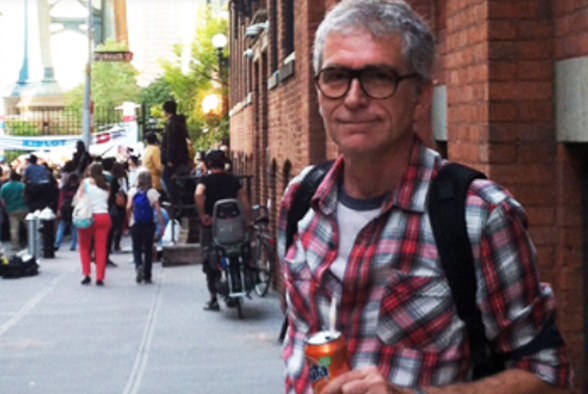 Didier Huffschmitt, a french graphic designer born in 1960 in Strasbourg, discovered a passion for Origami as a six year old at school.

In the early 90’s he became artistic director for different firms and in this context he created a series of origami compositions in the form of « tableaux ». Ever since he has continued to enrich his approach by looking for new ways of combining colors and shapes as well as utilising various textures of paper. Originally, his pieces served as a colorful and smily « wink of the eye » to its recipients, usually his close circle of family and friends celebrating « happy moments in their lives ».

The enthousiasm with which his pieces were received motivated Didier to organize a first exhibit in 2006 in Strasbourg. It was a great success and he has been quite busy ever since in this art form that has proved to be in high demand.

It is through world travel that Didier nourishes his imagination. Upon finding himself on the Indian continent his creativity leaped out of the genie’s bottle, so to speak. It is in Delhi that he created his first collection of 7 « tableaux » faithfully reflecting the diversity of his work up until then as well as a philosophy taking hold, namely : to transcend the traditional codes of folding to arrive at a resolutely contemporary perspective. His pieces are a poetic expression of the beauty and enchantment of childhood …

Send Us A Message

If you wish to buy an Origami Frame or if you need some more informations, please feel free to contact us.